I never had any interest in health, primarily because I was always healthy. I grew up on the quintessential American diet, although my stay-at-home mother made sure our family dinners around the table were more nutritious than most. I had to drink milk, eat my vegetables, and “try things”, which was appreciated only in retrospect. Our daily menu wouldn’t be described as adventurous; however, when I discovered that a 20-year-old second cousin had never eaten an orange in his entire life, I realized it was more adventurous than I thought.

In my 20s and early 30s, food was a source of fuel. I would grab whatever was quick and easy throughout the day and gobble snacks that powered me through a ridiculous work and travel schedule, including occasional all-nighters. With life experience, my palette expanded. I was more than willing to experiment, and I appreciated good food. However, I had no interest in cooking, which meant restaurants were my go-to fueling stations.

In my mid-30s, I married a colleague who was also a foodie. In his 20s, he had subscribed to Gourmet magazine and worked his way through the recipes until he was comfortable churning out good meals, even if they were only consumed by him. It wasn’t unusual for him to arrive at work with homemade peach scones or to rattle off recipes for baked ziti or ratatouille that he had made for friends the night before. He understood prior to our marriage that I was not a cook, and he was more than willing to wear the chef hat with pride.

Eventually, we adopted our twin boys. And, for me, that was a time of awakening. Leading up to their birth, I chatted with a friend on Facebook who challenged me to think about their health. What formula should I use? How should we handle vaccinations? She was a big fan of Weston Price and the Wise Traditions Diet, and to this day my husband and I credit her for introducing us to raw milk and the idea of using foods, supplements, herbs, and oils to solve health problems. 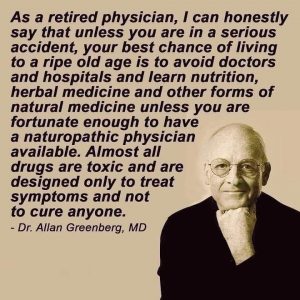 The boys were born with severe thrush (caused by yeast, Candida albicans) and cradle cap. Six months earlier, I would have followed the doctor’s orders and administered the prescribed antibiotics. Instead, I filled the prescription but went home to research Candida in infants. I added 1/2 tsp of Flax Oil to their bottles each morning, and the problem was resolved within two weeks.

Before long, I had a bin full of unused antibiotics and medications from doctor-ordered prescriptions that I had filled “just in case I needed them”. As I grew in knowledge and confidence, I stopped filling the prescriptions. And, eventually, we stopped going to the doctor unless it was absolutely necessary.

At one point, I had horrible, heartburn-like pains prior to eating. It was worse when I was hungry, and sometimes I woke up in the middle of the night, crying with pain. The doctor said I had an ulcer starting (probably from stress or spicy foods) and prescribed a certain purple pill for the rest of my life. I was so frustrated. Instead of getting to the root cause of this supposed ulcer, he wanted to treat my symptoms. Forever.

So I spent many hours researching digestive issues. I found that most ulcers (and problems with symptoms like mine) are not caused by stress or spicy foods but by a bacteria called H Pylori. I found a footnote in a research paper from Germany that noted they successfully killed H Pylori in a test tube using raw broccoli, but I found no studies on humans. So, I inundated my body with broccoli. All day long, I munched on broccoli (using Ranch Dressing to help it go down!). I think my complexion even turned a bit green by the time I finished my broccoli treatment plan. But guess what? After two weeks of broccoli, all symptoms were gone, and I have never had that problem again.

My mother was diagnosed with cervical cancer in her 30s, and her body was devastated by the radiation treatments. The long-term effects on her body, especially her intestines, made life difficult sometimes. She died at 69 from liver cancer, although it’s difficult to know if the disease originated in the liver. My sister and I believe that she knew she was very sick for quite some time, but the mere thought of conventional medical treatments was too much for her. She wouldn’t go through it again. So, by the time she was forced to confront her situation, she was formally diagnosed with stage IV liver cancer and only had months to live.

At that point, I concocted a protocol based on my knowledge of alternative options. Of course, we hoped for healing, but the protocol was designed to make her as comfortable as possible. We won many battles and saw amazing results; however, her liver was too far gone for us to win the war. Our ultimate goal of pain and symptom management without heavy medications was very successful (though I never was able to find a natural solution that worked for her restless legs). She was alert and unmedicated until the final week or so when hospice took over, and she died in peace.

Indeed, over the years I have learned a tremendous amount about diet, supplements, herbs, and oils from these experiences and many others. And, so, it should be no surprise to friends and family who know me well that, when faced with my small, mysterious breast lump, I would not jump onto the conventional medicine merry-go-round without exhausting all other options. Will I, if necessary? Absolutely. I am stubborn, but I’m not foolish. Thanks for all of your concerns. God bless.

About the Author: Deb