I grew up in an extremely athletic family. If we weren’t playing or watching a game of some sort (golf, softball, tennis, football, basketball, etc.), we were practicing. We had a Nerf basketball hoop in our hallway, and balls floated throughout the house. But we created games when no balls existed, throwing everything from wadded paper to shoes.

A few weeks ago, I was teaching an intensive, multi-day technology class. On the final day, students were suffering from information overload. I said, “Hey, I have an idea. If I can throw this whiteboard marker into that trash can on the first try, we’ll end an hour early.” Everyone turned to look at the trash can at the back of the room, probably 30 – 40 feet away from where I stood. “No way,” said one guy. “That’ll never happen.” I shrugged and said, “OK. Never mind.” Others piped up. “No, no…let’s see you try it.” Very few 50-year-old female technology trainers make similar offers, so the whole thing seems surreal.

Of course, I’ve played this little game with students many times. Students place bets, tell stories of similar antics, and stand up to cheer. Blood starts pumping again. Whether or not I make the shot, they are reinvigorated, and I regain their attention for the remainder of the class. But I had full confidence I could make that shot because I’ve done it hundreds of times in my lifetime, in different rooms, from different angles, with various projectiles and receptacles.

After allowing the anticipation to build, I launched the blue whiteboard marker into the trash can. The room erupted in cheers, money exchanged hands, and everyone was excited to end the class an hour early.

Growing up with the mentality of an accomplished athlete has afforded me many benefits and opportunities, but how has it harmed me?

At age 12, I ran the Bobby Crim 10-mile road race in Flint, Michigan. How many times did I want to stop along the way? Many. How many times did I stop? Zero. Why? Because an athlete pushes through pain. And, by the way, this expectation isn’t confined to physical pain. To succeed, you must push through mental (and sometimes emotional) pain, too.

Over the years, with age and the impact of stress, diet, lack of exercise, and environmental toxins, my body has attempted to alert me of the toll in the only way it knows how: pain. And what have I done? Ignored it. Why? Because I can. I have a high tolerance for pain from years of living with a “push through the pain” mentality. So, it means I will “win” the game, right? But, in this case, the competitor is my OWN body.

Two weeks ago I began a natural protocol to eradicate a potentially cancerous breast lump from my body. I quickly realized that I was viewing the lump as the problem, not an indication of deeper issues (root causes). However, I have adjusted my perspective. Since making the required dietary adjustments, I now understand that some of my food choices were wreaking havoc on my health (and, I was a pretty clean eater, compared to most…no processed foods, organic brands, raw milk).

One week into my protocol, the inflammation THROUGHOUT my body (joints, especially) disappeared. I had been living with (and ignoring) that pain for so long that I had no idea it wasn’t ordinary or necessary. Two weeks into my protocol, my body was readjusting in more ways than I can list (shape, elimination schedules, hearing, hair, skin, etc.). Heading into my third week, I find my body draining junk from every crevice…’nuff said. 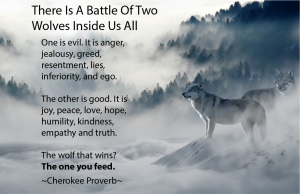 In a nutshell, when our lymphatics, liver, and gallbladder become overtaxed, they can no longer flush toxins. These toxins then build up in our bodies and create an inflammatory response within the cells, which will eventually manifest in various painful ways: arthritis, chronic sinusitis, appendicitis, ulcers, Fibromyalgia, cancer, and any number of other health problems.

When we get a sinus infection, our sinus passages become inflamed and swollen. We hurt. Believing we have an issue with our sinuses, we go to a doctor, and we are prescribed medication to eliminate the sinus infection. Unfortunately, we are not taught that a sinus infection is a symptom of an underlying issue. Do we ever think to ask what is the root cause of the inflammation?

Traditional medicine is phenomenal at treating symptoms with antibiotics, anti-inflammatories, opioids, chemotherapy, radiation, etc., but these “treatments” only mask the root cause, which is why, even after these treatments, the problem reappears down the road in one way or another.

My son was having erratic behavioral issues when he was five or six years old. Typically, he was a good-natured, calm little guy. But, occasionally, he would act bizarre. The doctor wanted to jump to an ADHD diagnosis along with perpetual medication to “calm” him and, in the doctor’s words, “balance these behavioral peaks and valleys.” I remember asking, “But something is causing those sudden peaks, right?” He pushed aside my question and launched into a lecture about how difficult it is to understand the complexity of the human body, and he was still mid-speech when I yanked my son out of the room.

After much observation and research, I realized that my son was reacting to the artificial food dyes used in some of his snacks. I eliminated all foods with artificial food dye as an ingredient, and the problem was solved. In fact, our entire family noticed a difference in our health and behavior without these foods in our diet. Had I chosen to put my son on ADHD medication, we would still be battling the root cause, and I would have introduced new stress on his body and liver in the form of unnecessary medication.

Now I understand that if I experience symptoms of inflammation (pain), I should not ignore it. And, I should not merely treat the symptom. Pain is the body alerting me to a deeper problem, and if I ignore it or refuse to find the root cause, I will end up with a debilitating disease, cancer or a condition that may require invasive solutions, such as surgery.

Here are the first steps I have taken to heal my body, strengthen my immunity, and tackle my health issue:

Initially, I viewed this protocol as a “grand antibiotic” against this lump. Now, I understand that most of it should be a permanent part of my life. God has given me a body that can broadcast pain. I need to listen and respond. That same body has impressive regenerative capabilities as long as I give it what it needs to heal. Indeed, I now understand that my body is a fellow team member, not an opponent.

About the Author: administrator